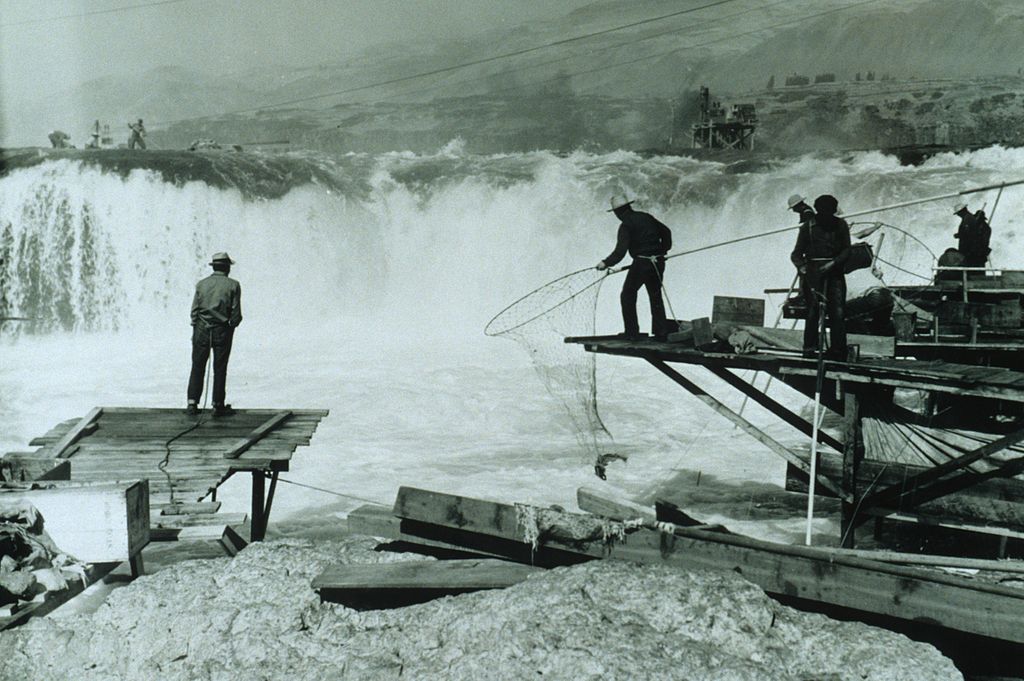 In a previous post, I touched on an archaeological dig in British Columbia, Canada, that is chronicled in a series of articles in the Pacific Standard magazine. The dig concerned how a tribe of hunter-gatherers transitioned to a settled life based on fishing a salmon-rich river.

The tribe’s families staked out and took private possession of various fishing locations along the river. Families handed down their spots to succeeding generations. This variation in family fisheries meant some families could amass more surplus food and thereby gain economic and social power. The system allowed for and even promoted inequality. On the other hand, it was stable as long as everyone enjoyed a minimum level of salmon.

The topic of fisheries arose again while I was recently reading Elinor Ostrom’s work, Governing the Commons. (See previous posts here and here.) Ostrom describes an inland fishery in Alanya, Turkey. In the early 1970s, Alanya faced bleak times. Unrestrained fishing led to conflict among fishermen. Competition to use the better, more productive fishing spots raised the costs and uncertainty for all fishermen.

The Alanya fishermen joined together to create a simple but clever system of sharing. They created lists of those who were allowed to fish the area, the named locations where they could fish, and the type of equipment allowed. Each September, the eligible fishermen drew lots. The lot drawn determined at which named location they would start the fishing season.

Each day from September through January, all the fishermen rotated one spot east, to match the migration of the fish. Come January, they reversed the direction of rotation. This gave everyone a fair chance at each named location.

The new system insured clarity, fairness, and the continued viability of their fishery.

I wonder what the B.C. archeological dig would look like if the hunter-gathers had settled into a communal rotation system among the fishing spots, instead of a private-property arrangement. Would their community have lasted longer, even down to today? Would their artifacts from architecture or art or mythology reflect more concerning about fairness and sustainability rather than clan wealth and status?

And why didn’t they develop a more communal system, given their recent history as a hunter-gatherer group where equality of resources helped ensure the survival of the troupe?

Purely speculative questions, I realize, but still important questions for the design of public systems and the use of public resources.

(Governing the Commons and other books mentioned in this blog are available in the bookstore.)