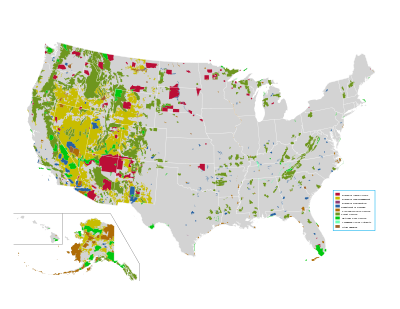 Governing one of the large commons of the West–federally-controlled grazing lands–recently burst into the New York Times with the tale of the Bundy Standoff.

Cliven Bundy is a Nevada rancher who, for more than 20 years, has refused to pay fees to the federal government for grazing his cattle on federal land. He disputes federal  ownership of and jurisdiction over land within the state of Nevada.

As we saw in my series examining Nobel Laureate Elinor Ostrom’s work on governing common resources, successful commons need not be governed by national government. Ostrom presents numerous case studies from around the globe of common resources such as fisheries, forests, and irrigation systems governed sustainably for decades and even centuries by self-organized communal bodies.

Ostrom’s work might support state-level regulation of grazing on government land, a move that Bundy would probably prefer. Rule makers in Carson City are much closer and more familiar with the land and its users than Bureau of Land Management folks headquartered in Washington DC.

Several federal laws cover grazing on federal lands. Some of those laws stretch back to the 1930s. But, this isn’t the layering that Ostrom highlights. She made the point that successful commons had nested hierarchies for both monitoring and regulating resource use and maintenance. For example, in a shared irrigation system, you might different types of oversight at the canal, neighborhood, regional, state, and national levels.

In the case of Bundy, this might mean a system whereby his neighboring ranchers could somehow sanction him, and Bundy would comply, without involving other legal or political bodies.

The fact that the Bundy standoff has been running for 20 years, while proceeding through various federal administrative and judicial channels, shows that there’s some flexibility and scaling in enforcing grazing fees. Maybe too much flexibility, some would argue.

When I was a boy, my dad would take my older brother and I finishing on the Pacific Northwest rivers latticed between Puget Sound and the Columbia River. During the salmon spawning season, we’d see people on the river banks “fishing” with illegally large hooks, snagging fish as they swam by. I caught glimpses of pistols in the snaggers’ knapsacks and knew that armed Fish & Game agents patrolled the nearby woods. Bundy is  essentially the same as the snaggers–illegally taking common resources and packing heat to against federal enforcement.

I want my commons managed responsible. The federal government as landowner is doing some things in accordance with Ostrom’s guidelines for governing commons. They need to find a better way to enforce payment and participation in the commons. That might mean adding a layer at the state level to satisfy the likes of Bundy and to move regulation closer to the resource. I hope the feds are reading Ostrom and learning lessons on how to improve sustainable management of common resources.