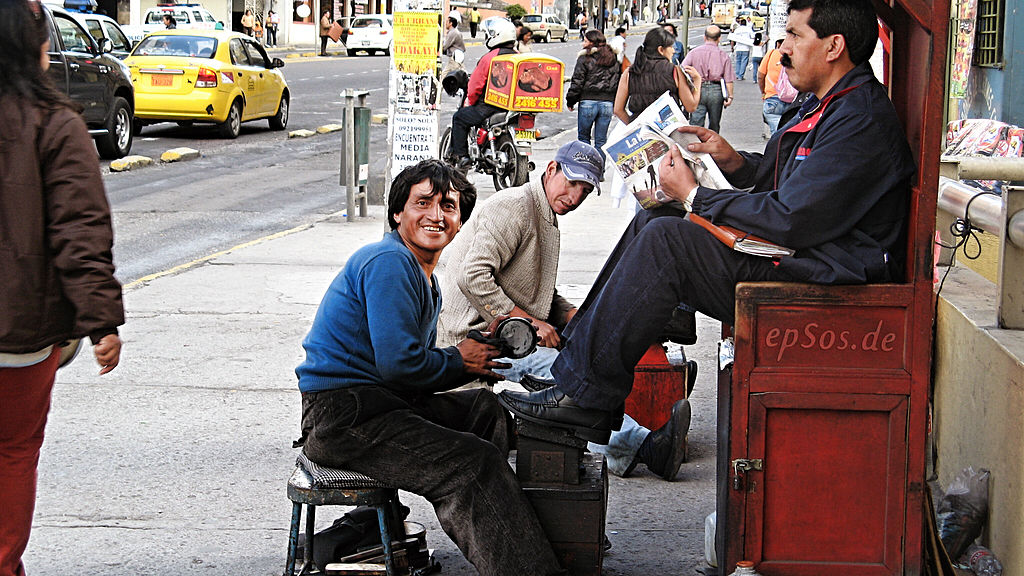 In this blog, I opine about fairness as the basis of public and social services and marketing. But what does the research say about income inequality and economic growth?

In 1999, Robert Barro of Harvard University published as paper, “Inequality and Growth in a Panel of Countries.” The paper’s abstract is mercifully clear and short, just four sentences, one of which states:

Barro also sums up his findings neatly in a pair of graphs: 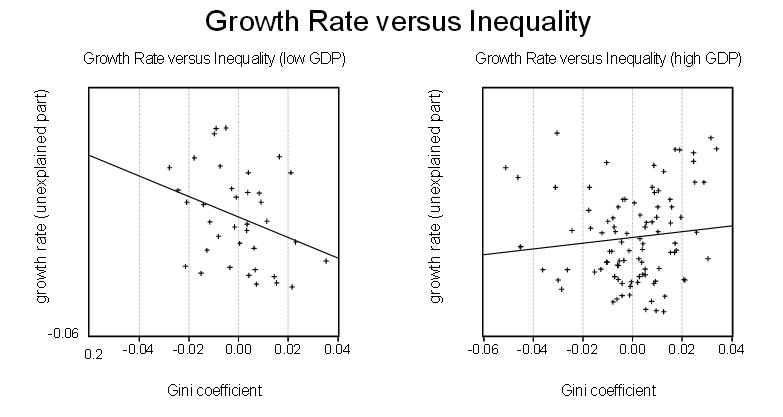 Where does that leave us with respect to the United State’s currently growing GINI coefficient?

On one hand, the U.S. has the highest GINI coefficient of the developed countries, along with high levels of poverty and incarceration. Business stalwarts like Standard & Poor’s are now seeing “extreme income inequality as a drag on long-run economic growth.” And the U.S. ranks 157th in economic growth according to the CIA Worldbook.

That same CIA list has the U.S. besting countries like Sweden, Germany, France, Italy, and Spain in growth, but trailing others such as the United Kingdom, Japan, Canada, Switzerland, and South Korea.

On the other hand, growing the world’s largest economy at a slow rate still results in huge growth measured in absolute terms. We still have more immigrants than we can effectively handle, and many people around the world still see the U.S. as a land of opportunity.

At the end of his paper, Barro states that

For richer countries, active income redistribution appears to involve a tradeoff between the benefits of greater equality and a reduction in overall economic growth.

This may be the real debate lurking underneath all the media froth in the U.S. about the richest one percent and “class warfare.” Can and should we live with a reduction in overall economic growth for the sake of greater equality?

Since we are social creatures who depend on the well-being of those around us to make us better, I think it’s fruitful and wise to trade a little growth, if that is indeed what happens, in economic for greater equality in crucial matters such as health care and education. I’d like to see some economic research on those tradeoffs.