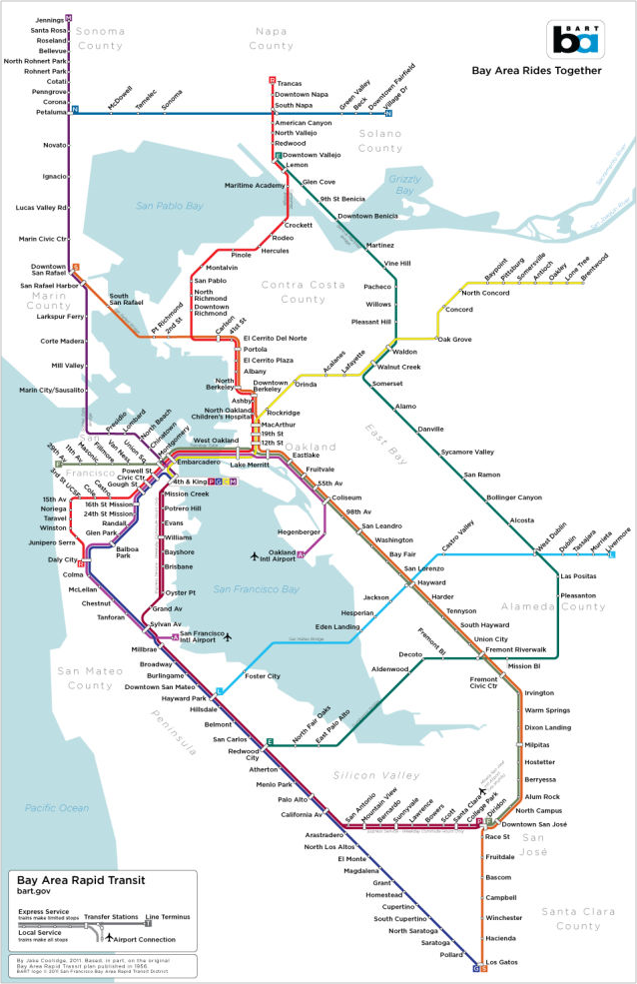 Recently, a map of San Francisco’s BART system as originally envisioned in the 1960s appeared in my Facebook feed (see above), and left viewers aching for more public transit. Most of the comments accompanying the map went something like, “Wouldn’t that be awesome to have today!”

Mainly, that’s because Bay Area drivers sit a long time in traffic. In the national bad traffic rankings, San Francisco is #3 and San Jose is #8. Plus, the current BART system is crowded and serves only part of the central Bay Area, and nothing to the north or south. 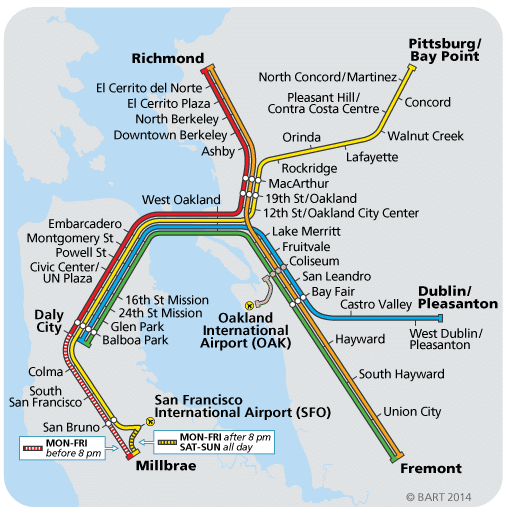 Voters 50 years ago had a chance to make something truly useful and awesome, but did only half the job. When our grandchildren look back at 2015, what things are they going wish we’d done for them?

Taxpayers in the 20th century left us a powerful legacy of interstates, power grids, telecom and computer networks, and more. For the sake of our communities, now and in the future, I believe that we need to continue investing in infrastructure that benefits us all.