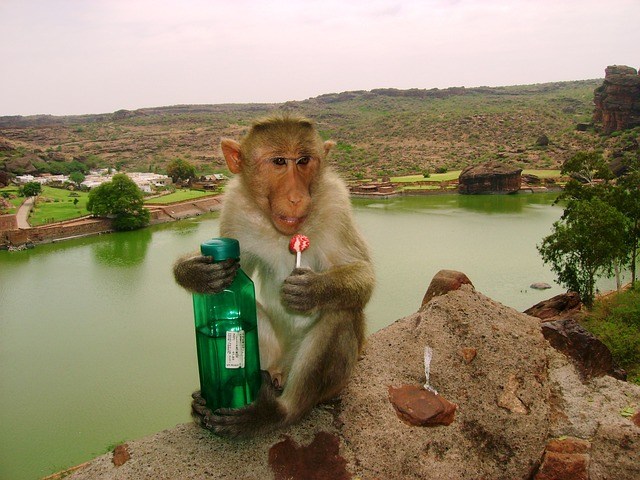 In an early post about fairness on this blog, we saw what happened when researchers treated Capuchin monkeys unfairly by paying them unequally for the same work. The monkeys engaged in antisocial behavior, throwing their pay back at the researchers. But what happens if monkeys are unfair to one another?

As described in this New York Times article, behavioral economist Keith Chen explored altruism in tamarind monkeys. Tamarinds are another small monkey like the Capuchin. He placed pairs of tamarinds in cages facing each other. Each cage contained a lever that, when pulled, dispensed a marshmallow into the other monkey’s cage. Pulling the lever was thus a form of altruism or, minimally, strategic cooperation.  The tamarinds, on average, pulled the lever 40 percent of the time, giving the other tamarind in the experiment a marshmallow.

Teaching Monkeys to Be Generous or Cheap

Then Chen conditioned one tamarind in the group to always pull the lever, and another monkey to never pull the lever. Tamarinds are social animals, like us humans. The group of tamarinds soon learned about the pushover who always pulled the lever and the cheapskate who never did.

When paired with the cheapskate, the other tamarinds displayed antisocial behavior. They would “go nuts” according to Chen. “They’d throw their feces at the wall, walk into the corner and sit on their hands, kind of sulk.”

In other words, a group member who never repaid a kindness when shown one, and thus violated an innate sense of fairness, inspired anti-social behavior and social withdrawal in others.

(If you want to see more about Keith Chen’s economics work with monkeys, check out this video)

As social beings, we need to stick together for the good of the individual and the group. Judging by the behavior of tamarind monkeys, and by what we experience in our interactions, fairness is a glue that helps keep groups together. Cultivating fairness can be seen as a group survival mechanism for social creatures.

Public and social sector marketing, I believe, is a way to promote fairness and thus improve our lives individually and collectively. Here’s a question for you: the 2016 election cycle is already heating up–what candidates do you see as promoting fairness as a basis for policy?