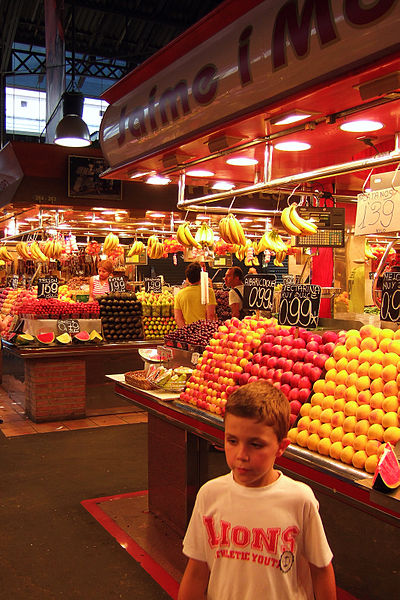 Here’s a puzzle: an estimated 33 to 40 percent of food produced in the U.S. is wasted, and yet at the same time, one of six Americans are classified as food insecure, meaning that they lack reliable access to affordable, healthy food.

There would appear to be an obvious solution to this puzzle: distribute the apparently excess food to those in need. (Distribution is one of the pillars of marketing.)

Non-profit food banks currently provide some of this distribution service, but food banks have limitations. One limitation is that potential customers of food banks feel shame or stigma about using the service. Another is that food banks must raise both money and food donations to provide their service.

Could a non-profit grocery store provide a better model for solving the puzzle? The former president of grocery Trader Joe’s thinks so.

Doug Rausch is set to open Daily Table, a non-profit grocery store in Dorchester, Mass. The business model, as described in a Boston Globe story, is simple: source health but distressed food from farmers and manufacturers, and sell it at non-profit prices in neighborhoods that experience food insecurity.

Food insecurity can lead to chronic health problems such as obesity and diabetes.

Prices at Daily Table will be half that of standard grocery stores, or less. Sales are intended to replace the financial fundraising that food banks must conduct and cover non-food operating costs.

The food is safe and nutritious, but happens to be cosmetically blemished or closer to its sell-by date than standard distribution outlets will accept.

People who are food insecure are often economically insecure as well. These customers are often short on time as well as money, as they are working hard to make ends meet and forge the transition to a more secure situation.

For this group of customers, Daily Table has focused on healthy grab-and-go meals that need little preparation. To make sure these quick meals are appealing as well, Daily Table employs an executive chef who has previously worked in Michelin-rated restaurants.

To me, non-profit grocery stores similar to the thrift stores run by Goodwill, St. Vincent DePaul Society, Value Village and other used-clothing outlets. Maybe this model could spread to other sectors of distribution as well.  In particular, I would think a non-profit pharmacy specializing in over-the-counter products and free, quality health advice and education could make a big difference.