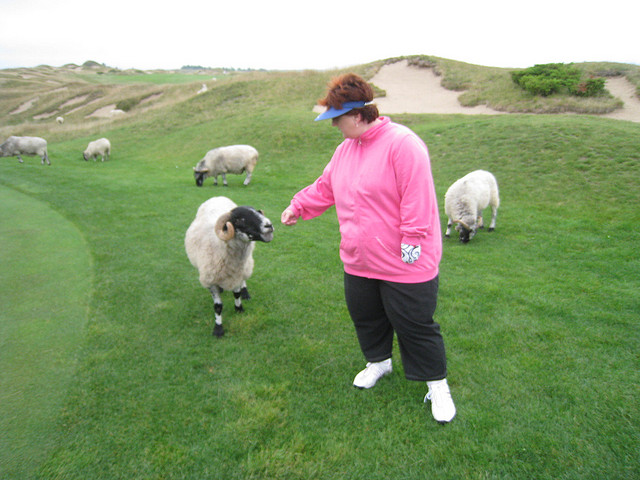 Many of the closed courses are municipal courses that have struggled in a vicious cycle of fewer people playing, which leads to reduced operating hours and budgets, which then leads to fewer players.

What can cities do to redesign and redevelop failing municipal courses?

Japan has a similar glut of closed golf courses. The company Kyocera is turning golf courses into solar energy farms. This is a great solution for Japan, which  wants to increase its renewable energy production. Golf courses are often situated on flat parcels of land that receive a lot of sunlight.

This solution could work well in the Sunbelt states of the U.S., as well. Extra solar power during sunny days coincides with additional energy demands for air conditioning.

An NPR story from a few years ago describes how one Florida city is turning a failed municipal golf course into a city park. They kept the driving range, but added volleyball courts, a concert stage, and kayaking on the water features.

Another possibility is dedicating closed courses to in-city food production. Food trends like locavores, farm-to-table, organic, and artisan foods continue to grow. The produce from golf-courses-turned-farms could go to school lunches, food banks, hospitals and other social uses. Or, the revenues from leasing lands for specialty food production could increase city coffers. (One caveat: as this Freakanomics story argues, inefficiencies in small scale farming means it’s not the panacea that some raving fans claim.)

Poet, essayist and Michigan undertaker Thomas Lynch proposed combining golf courses with cemeteries. He called the concept golfatoriums. Lynch shows that the extra income definitely pencils out. I don’t know that this would be enough to keep municipal courses open as they are, but cemetery space could be another use for closed courses.

I doubt that we can convert failed municipal golf courses into the commons that were prevalent city features before the Industrial Revolution and the enclosure laws. But I think cities should strive for equity, access and benefit for all when redesigning golf courses. To me the energy, food and park options presented here seem closer to the heart of a city than golf.