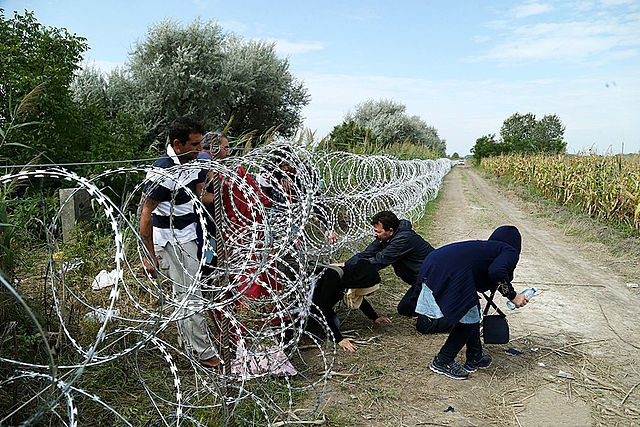 While listening to news recently about the current migrant crisis I began wondering if we need borders at all any more.

Borders have been in the news lately, with the migrant crisis engulfing Europe. In the U.S., presidential candidate Donald Trump advocates building a wall along the nation’s border with Mexico to keep out illegal immigrants.

Borders are also a major tool, and hurdle, for marketers. They denote different audiences, market rules and regulations, distribution restrictions and tariffs, pricing and taxes, packaging–almost anything that a market might be concerned with can change when it crosses a border.

I even wondered if we should have a system where countries and despots could pass whatever laws they wanted, so long as people were free to leave that country and join any other country. It would be like a free market in citizenship–low barriers to import and export.

So people like President Assad in Syria and Kim Jung Un in North Korea could continue doing whatever they want, so long as they let people freely leave the country. After all, why should countries be like monopolies with captive customers?

While all this fluttered in the back of my mind, along came this article in The Atlantic about getting rid of borders all together. The article makes some grand claims, such as

If the developed world were to take in enough immigrants to enlarge its labor force by a mere one percent, it is estimated that the additional economic value created would be worth more to the migrants than all of the world’s official foreign aid combined. Immigration is the greatest anti-poverty program ever devised.

The article’s author, Alex Tabbarok, is a professor of economics at George Mason University. Presumably he knows what he’s talking about. His argument also recently cropped up on The Takeaway radio show. In today’s world, capital and intellectual property flow easily across borders, he says, but labor does not.

Tabbarok also calls immigration a moral issue of discrimination. Current systems discrimination against persons because of where they were born, a condition that no one chooses.

Borders do have at least one useful function we’ve discussed in the blog. When governing a common resource, you need a border to know what’s in and what’s out of the common resources. A border also demarcates who can and who can’t use the resource.

No one seems serious about completely eliminating borders any time soon. But we may be starting to see the nature of borders change, at least in respect to the freer distribution of labor.