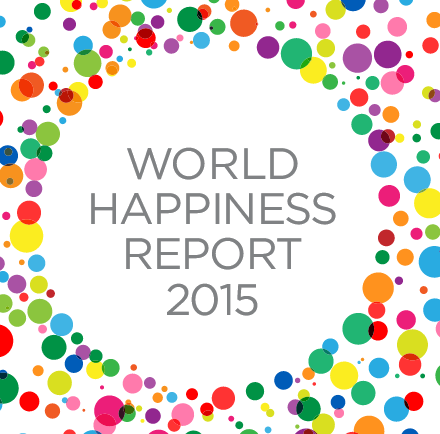 The United States has one of the highest per-capita gross domestic product (GDP) in the world, ranked eighth by the World Bank. Certainly it has the highest score among countries with a sizable population. Yet the U.S. comes in at 15th in the World Happiness Report. GDP is part of happiness in this report, but so are measures of social support, health, personal freedom, generosity, and perceptions of corruption. What’s the best happiness measure?

I know that it shouldn’t be a contest, especially because we Americans are always making things into contests. Still, you’d think that if money bought happiness, our large country with a very high GDP would have a commensurate happiness score.

Stories from NPR and Marketplace point to research showing that  unhappiness in the face of rising economic output overall is tied with economic inequality. And not just in the U.S.

Much of this has to do with perception and comparison. If people perceive inequality as unfairness (“the rich get richer”), corruption (“the system is rigged”), or lack of generosity (“why don’t they give me something?”), that’s bound to influence the happiness measures people report.

I believe this goes back to the evolutionary principle of fairness. Once society transitioned from hunter / gatherer to agrarian, it became acceptable for some people have more, as long as everyone had enough. The perception of enough is subjective and relative, because we are social creatures and so we see ourselves and our relative position in a social context.

There’s an argument that the poor of today should be happier because they have more and better stuff today than the poor of the past. Think cell phones and flat screen TVs and falling costs for food and clothing. While that may be true, perceiving those around you as benefiting unfairly, it impacts your happiness.

If social and public sector leaders want to raise happiness in the U.S., maybe addressing issues of poverty is only part of the problem. We also need to address perceptions of inequality such as inadequate or uneven social support, perceived or actual corruption, and stinginess. Those are in part design problems that marketers can address: design adequate and ubiquitous social support, change incentives in processes to reduce corruption. Those are also in part problem of promotion: where the problem is perceived but not actual, use community education to change perception.

At least some of this comes down to suffering by comparison. But that’s still suffering. Ask the Capuchin monkeys.