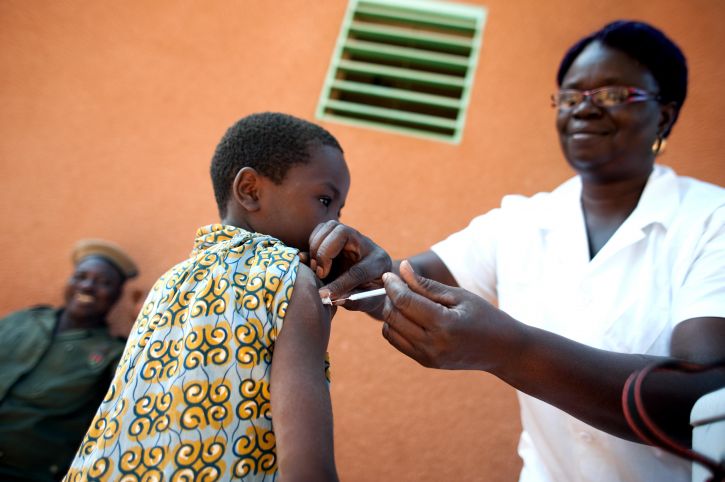 Distribution is a pillar of marketing, but distribution differs in fundamental ways between the for-profit and the public and social sectors. In the case of vaccine distribution, millions of lives can hang in the balance.

In the private sector, usually you want to distribute as much of your product or service as possible to maximize revenues and exposure and counter competition. Sometimes you might choose to limit distribution to create the perception of luxury and scarcity–think first editions, signed prints, reserve wine bottling.

Your own calculations or miscalculations in forecasting demand and planning manufacturing might create scarcity in distribution, as well. Forecasting is difficult. Apple seems to immediately sell out of the new iPhone model at every launch. One the other hand, every quarter Apple somehow manages to accurately predict shipments and revenues for the Wall Street analysts.

Distribution in public and social sectors has at least two distinct and sometimes conflicting characteristics: scale and rationing. Because of fairness, social goods need to be distributed at a universal scale. For instance, government postal service must serve every citizen and address, while private package delivery can select what areas they want to serve. Private demographers can sell their research and forecasts to clients, but government census data are freely available to everyone.

On the other hand, public and social sector resources are sometimes limited, which means rationing must be used. We often associate rationing with food during war time, but water conservation during drought is another form of rationing that we’re seeing more of these days.

Scale and rationing in distribution are opposing forces in the realm of global health. Goods and services are needed at scale to fight disease, but there’s frequently not enough to go around. How, then, do we as social animals undertake something like eradicating disease? Disease eradication requires sustained distribution at scale. It’s one thing to have a treatment or vaccine; it’s another matter to distribute that treatment or vaccine wide enough for long enough to wipe out a disease.

Dr. Donald Henderson, who recently passed away, led the World Health Organization’s successful effort to eradicate smallpox. Distribution was central to the success.

Smallpox was declared eradicated in 1980, so we forget how terrible and deadly it was. In general it killed a third of those who contracted it, and left many more blind. Smallpox from European settlers killed 80 percent of the Native Americans who contracted it and contributed to the conquest of North America. From 1900 to 1980, smallpox killed 300 million people.

Smallpox vaccine was developed by Edward Jenner in 1796, but given the scale of human population and the limited resources of NGOs such as the World Health Organization, it was not practical to distribute vaccine to every single person on the planet. A new distribution was needed that wiped out the disease without vaccinating every person.

Henderson and his team adopted a method known as ring vaccination. Eighty percent of the vaccine supply would go to areas where the disease was active and be distributed to families with recent infections and all their known contacts. The remaining 20 percent of vaccine was distributed to communities where the team thought the disease would next appear. Usually, this meant cities that were hubs for transportation or commerce.

This targeted vaccine distribution plan led to the only successful eradication of a human disease. We’re still working to end diseases such AIDS, polio, measles, malaria, and yellow fever, along with parasitical infections such as hook worm, Guinea worm, and river blindness. We know what causes these diseases. In many cases, we have the products and services to stop them. We’re lacking the right distribution method to reach the scale needed for victory. The end of smallpox gives us hope.