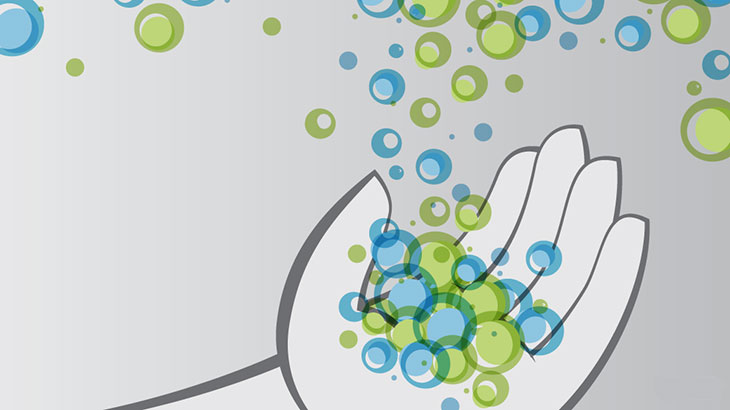 This blog is premised on our social nature and our innate sense of fairness. Those impulses lead to the design, distribution, pricing and promotion of social goods, or marketing the social good. Trends in demographics and technology are pointing to a major change in our society where there are more people than jobs. As social beings concerned with fairness, should we provide universal basic income for everyone, regardless of whether they work?

What is basic income?

There are a few approaches to basic income.

Universal basic income is defined as payments to every adult of enough money to cover at least some of life’s basics, such as housing and food.

If you apply a means test to universal basic income, it becomes a guaranteed minimum income.

Social dividend comes from the government owning shares in public companies and paying the dividends to the public. (This was part of E. F. Schumacher’s plan in Small Is Beautiful: Economics As If People Mattered. It’s a great book if you haven’t read it.)

How would we pay for this?

Government is the one entity that has the distribution mandate and scope to reach every citizen. So, it seems logical that government would raise and distribute the funds for a basic income. This could happen at the state or national level. (For example, Alaska has paid citizens from the permanent fund for decades based on money from oil.)

Since the basic income flows to individuals, it doesn’t make sense to fund this entirely by taxing individuals. Payroll taxes could still part, but not all, of the funding.

Government could repurpose funds already dedicated to individual benefits. Government could also increase taxes on corporations or take stock in companies and distribute the dividends. At some point, we’re essentially taxing the work of robots rather than the work of people. Is that such a bad thing?

Universal basic income is being discussed because of two big, long-term trends converging to a major shift in how our societies function.

One trend area is demographics. An aging workforce means that many workers will soon leave the workforce, taking their experience with them. 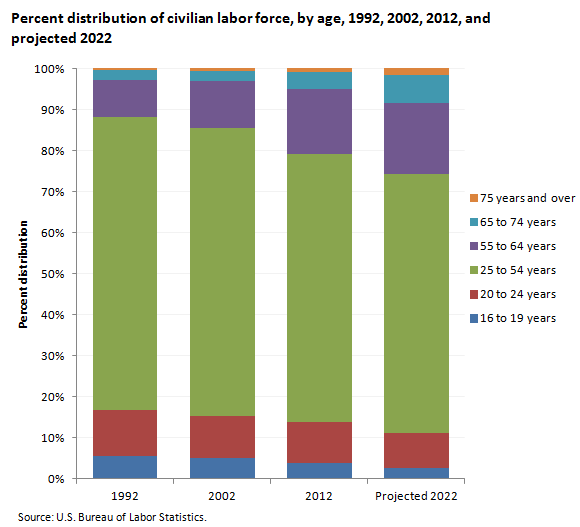 Many countries around the world are experiencing a slowing birth rate, as well. Birth rates are converging on 2.1 children per woman, which is the rate need simply to maintain the current population.

Lower birth rates means that there will be fewer workers to replace those leaving the workforce and support them in their retirement. It also means that economic growth driven by population growth will slow.

World population will start to level off in our lifetimes. This is potentially good news for reducing population pressures on the environment, but poses serious challenges to other fundamental ways that we’ve structured our current society.

The tremendous volume, variety and velocity of data today has exceed human abilities to manage, analyze and apply data to decisions. We’ve reached the point where we have no choice but to rely on computers for some jobs. At the same time, computers have gotten so good at some routine tasks, that it makes no sense for humans to perform them. In addition, sensors and robotics and communications is making it much easier to design machines that take on dull, dirty or dangerous jobs for us.

I realize that last paragraph is rather sweeping in scope and claims. I could send you down a long path of information on this trend, but that would detract from this post. I’ll give you two samples of what this trend looks like. First, check out this short video from Harvard Business Review on what decisions are already being automated, and how we’ll decide to turn over future decisions to automation.

Second, here’s a slice of my personal experience on the topic of automated decisions. My day job in Silicon Valley entails working on software that’s designed to automate planning and operations in asset-intensive industries such as utilities. When we propose a software project to a company, part of the return on the investment for the project is reduction in employees because of the new software.

This is in part because the amount of data and size of decisions in the utility sector are becoming too big for humans to manage without computers. Part of this is due to the aging workforce of the utility sector, and the struggle to recruit new, young employees to an industry that it perceived as old and boring. Regardless, it still means fewer people working at utilities.

How would basic income help?

Why basic income will happen

I think it basic income will happen, in our lifetime, on a fairly wide scale. I think it will start in those countries that already have a strong tradition of social welfare spending, such as the European and Scandinavian countries.

Why do I think so?

When we as a species made the move from hunter gather societies to settled agrarian societies, we made an implicit and powerful pact: it’s okay for some people to have more than others, as long as everyone has enough.

Having more than enough, having a profit, allows for scale. With surplus comes resources for advancement. However, when some are deprived to the point of lashing out in desperation and frustration, advancement is slowed or halted.

(Small Is Beautiful: Economics As If People Mattered and other books mentioned in this blog are available in the bookstore.)