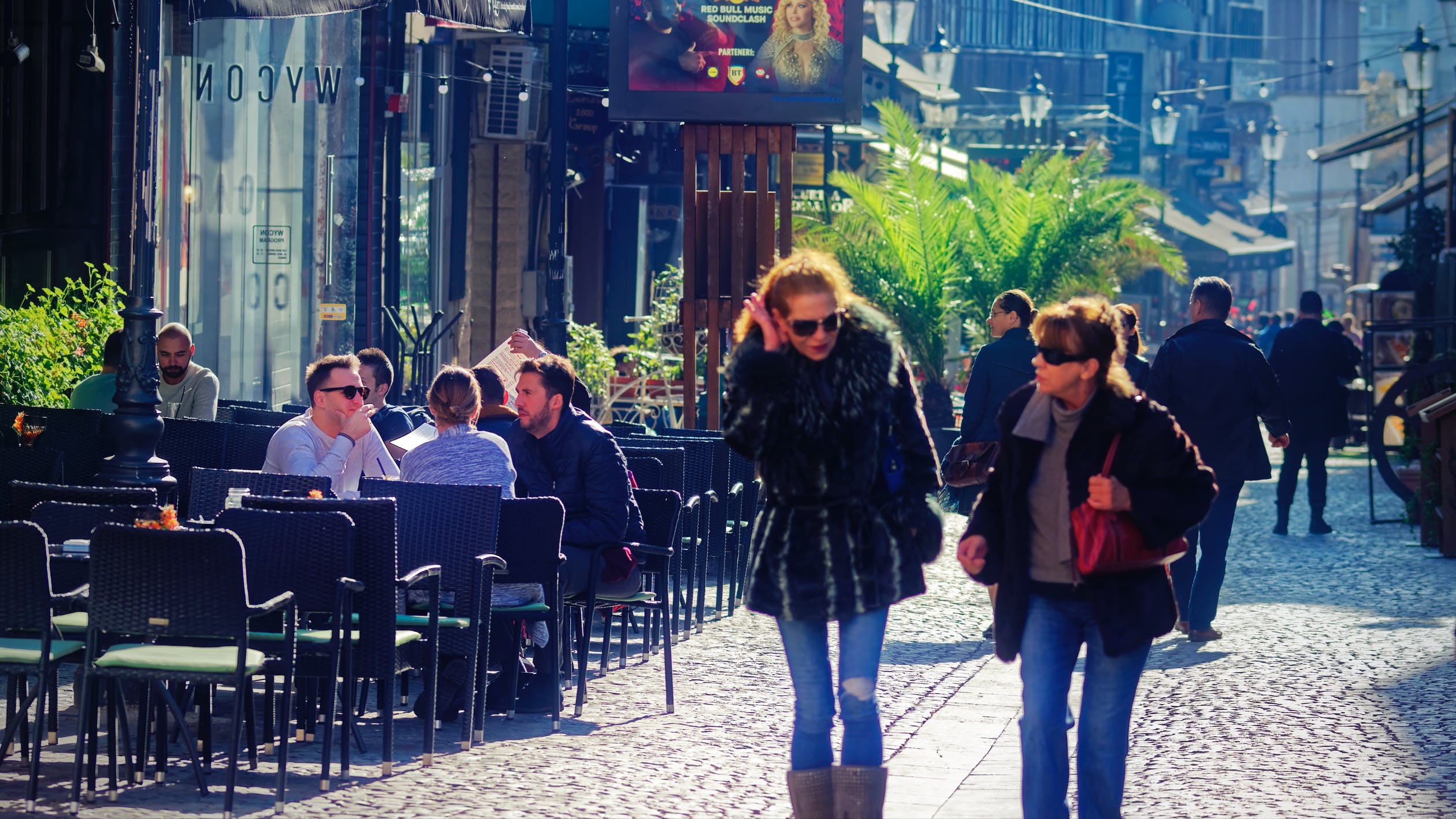 From more than 60 years of experience and research concerning car-dependent suburbs, we now know that these environments create people and lifestyles with less social interaction: less civic volunteering, less participation in recreational team sports, even less voting. We’re uniquely social animals, wired to cooperate and interact with large numbers of our fellows in novel and unpredictable ways.

With urbanization, more of us are living in city environments, but this isn’t an automatic answer to the suburban blues. Living in a downtown residential tower can be just as isolating as the suburbs. How do we build denser places while also designing a happy, social city?

In his TED talk, author Charles Montgomery shows that the most important ingredient to happiness is social connection. At one point he cites one study of major Canadian cities that finds a positive correlation between trust people have in their neighbors and their overall life satisfaction.

Happiness isn’t just a feel good topic, either. Socially connected and trusting people produce more at work, are more resilient in the face of stress, recover more quickly from illness , and live longer. If we want a healthy, wealthy, happy society, we need to build social connection.

Montgomery asserts that the design of our built environment–infrastructure, public spaces–influences our level of trust and our emotions. For instance, we know that building sidewalks builds communities. Here are two design hacks, supported by research, that he explores for increasing social connection in urban environments.

Hack One For A Happy, Social City: Permeable Facades

Contrast that with a block of businesses–stores, offices, delis–with doors opening to the sidewalk. This is a permeable facade. Research shows that we’re happier in this environment, move a little slower, and are more likely to help a stranger.

Montgomery gives the examples of big-box retailer Home Depot moving into downtown Vancouver, Canada. They could have built literally a big box, with impermeable facades on three sides, creating social voids around most of their building. Instead, city planners instructed the site developers to locate Home Depot on the second floor, and build storefronts at street level. Now, the giant retailer fits better in the neighborhood, people get more choices for local shops, and small businesses get the benefit of foot traffic from a big brand.

Hack Two For A Happy, Social City: Bring Nature Back To The City

We are social creatures, and we are also linked to the natural world.

Montgomery describes a simple experiment he conducted to measure the impact of environment on sociability. Some test subjects spent eight minutes either looking at a picture of concrete buildings and listening to city sounds. Other test subjects looked at a picture of a meadow and listened to nature sounds. At the end of the experiment, participants were given $10 for their time. Here’s the real part, though: participants were asked if they wanted to donate some of their $10 to a charity fundraiser. Nature watchers donated more money than concrete watchers.

Putting It All Together

Design is a core part of marketing; designing our environment to support our social nature helps us thrive individually and collectively. We have the knowledge and tools to do better. New urbanism design pushes for more storefronts, walkable neighborhoods, and connection to mass transit. Cities such as Phoenix are redesigning urban areas to allow for more storefronts and more urban nature.