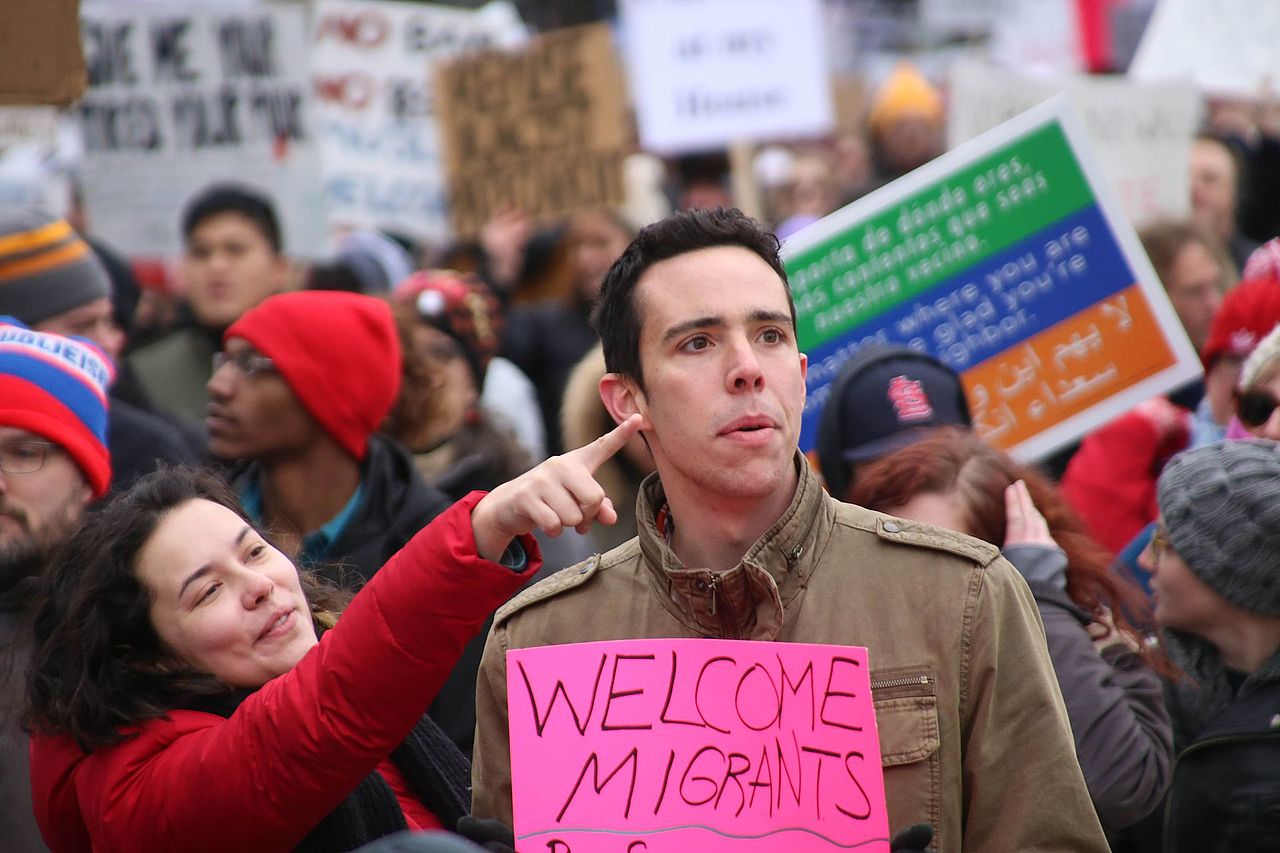 In the United States, there’s an immigration problem. People are coming to our borders seeking refuge from war, terrorism, gang violence, and climate change. Many more people come than our current immigration system will accommodate. Instead of debating the partisan politics of this issue, let’s look at how a marketing mindset guides us in designing immigration solutions.

Immigration in the US: All Messed Up

It’s hard to miss the dysfunction in the US immigration situation:

Clearly, we have an immigration system that cannot keep up with demand.

What factors are driving demand in immigration? Immigration scholars refer to “push” and “pull” factors. Conditions that push people out of their countries include war, terrorism, gang violence, and climate change. Factors that pull people towards the US include economic opportunity and relatives already residing in the country.

In marketing the social good, at times you seek to decrease demand. Think of smoking cessation or teen pregnancy. This rarely occurs in the private sector. There, even smoking cessation means pharma companies selling more addiction treatment, not the cigarette companies asking people to smoke less.

What marketing tools do we have to decrease demand?

We know that good marketers design systems, not things. We could design a system to reduce the push factors of immigration. Given the absence of push factors, most people would choose to stay in their communities. Why else would they endure the risk and hardship of immigration? Such a system could include promotion that educates potential immigrants on the realities of immigrating to the US. It could also include programs to reduce the impact of war, terrorism, gang violence, and climate change in other countries.

(To me, this is where the rhetoric  of “building a wall” falls short. A wall is just a thing; it’s not a system.)

Marketing decisions often include pricing: what can and should we spend outside our borders to reduce push factors? How should we pay for it? The US is growing increasingly reluctant to give foreign aid. If we see such spending as funding immigration reduction, we might look at it more favorably.

One of our design principles in marketing is designing with, and not for, your customers. From what I’ve seen, immigrants aren’t asked how they think the system could be more efficient. The same goes for border agents, immigration judges, and advocacy and nonprofit groups. Let’s get them all involved in the solution.

Part of being more efficient is making government more digital. If you look at immigration through a digital lens, it comes down to membership and logistics.

Who do you want as a member of your country? At what level of membership? How do you accept, process, and police membership requests and status? Digital companies like Amazon and NetFlix and Facebook handle billions of members. Granted, legal status in a country is much more complicated than registering for NetFlix. Still, government could learn a lot from the experience of digital membership.

The same goes for logistics. Become a lawful resident in a country involves a lot of logistics about moving to a community, acquiring housing and employment, learning language and culture and job skills. All of these tasks have become digitized for easier delivery at scale. That’s what we need for higher immigration capacity.

Another part of efficiency comes from adopting lean methodologies in the social sectors.

I don’t doubt our ability in designing immigration solutions. All the approaches described here are already implemented at large scales in various parts of the public and private sectors.

In my professional and personal life, though, I’ve seen that deciding what to do is often harder than actually doing it. When any organization faces a hard choice, it should look to its brand for guidance.

A core part of the US brand is immigration. The immigrant experience is part of our narrative, from Plymouth Rock to Ellis Island. The world perceives the US is the top destination for immigrants, despite the current environment.

Over centuries, the US has become the country it is today through immigrants. Much of the current US population has an immigrant past; Native Americans comprise just two percent of the population. Yet somehow, we don’t view immigration as something that we can and should excel at.

Brand values should guide decisions. I think our brand moves us to improve immigration capacity to better meet demand. If we seek to limit our immigration capacity, I think we are essentially betraying our brand. A marketing mindset says that we should stick with our pro-immigration brand. It’s taken us from a few colonies to world leadership.