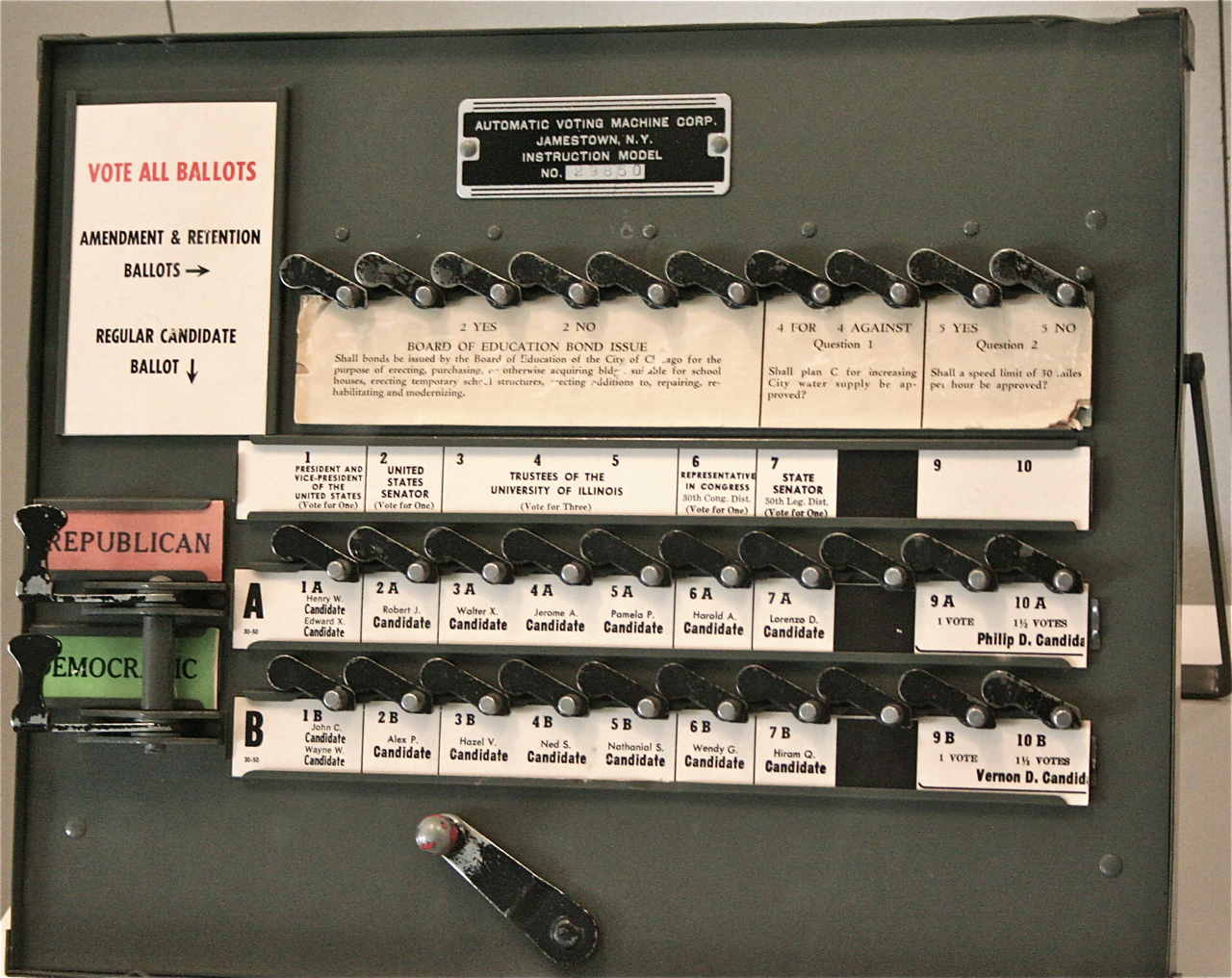 We have elections all over the place: within companies, nonprofits, homeowner’s associations, kid’s sports league. Civic elections are a social good. As with all social goods, marketing principles apply to elections. The ability to consistently hold fair, accessible, transparent, and verifiable elections is the core of any democratic system. How can the public sector deliver on this service using a marketing mindset?

Design is a core marketing activity. We’ve had powerful lessons that design matters in elections.

Despite these glaring election design challenges frequently appearing in the news, there is currently a lot of design innovation happening in elections.

Here are just a few design innovations that weren’t part of your parents’ elections:

To delve deeper into electoral system design, download the free IDEA handbook on election design. Even though this guide is more than ten years old, it still gives an extensive overview of design choices, plus 18 case studies to examine.

Distribution is a cornerstone of marketing. For elections, distribution means citizen access to voting.

In the news, you’ll find efforts to both restrict and expand distribution in elections:

I think we will soon see digital voting on mobile devices. If I can send and receive money and even apply for a mortgage on my smartphone, voting can’t be too far off.

The 2016 US presidential election cost $2.38 billion. At the same time, some states struggle to pay for voting machines. Pricing–the price of something and how we pay for it–is a powerful marketing tool.

With social goods, there’s often a split between the person who pays the price and the person who uses the product or service. In elections, the states are the buyers since they conduct elections. But one of the users is the federal government since they rely on states to hold national elections. The federal government wants a certain level of security and access but isn’t required to fund it because they are not the buyer.

One recent pricing innovation in elections is crowdfunding. Sen. Bernie Sanders pioneered raising large sums of money through many small donations instead of relying on a few, large donors.

Getting the word out–promotion–is what most people think marketing means, and promotion remains core to marketing social goods.

Promotion of elections and candidates has moved quickly into the online world.

For their part, governments can better promote elections by using the Center for Civic Design’s free guide for designing election department websites.

Despite all the bad news about election processes and results these days, we should celebrate the amount of marketing innovation going into elections. But all this innovation leaves me with two questions:

Are we electing people with a marketing mindset to deliver the difficult but crucial social good of elections?

Is there an opportunity to apply systems thinking to unify all this innovation into a new version of elections?