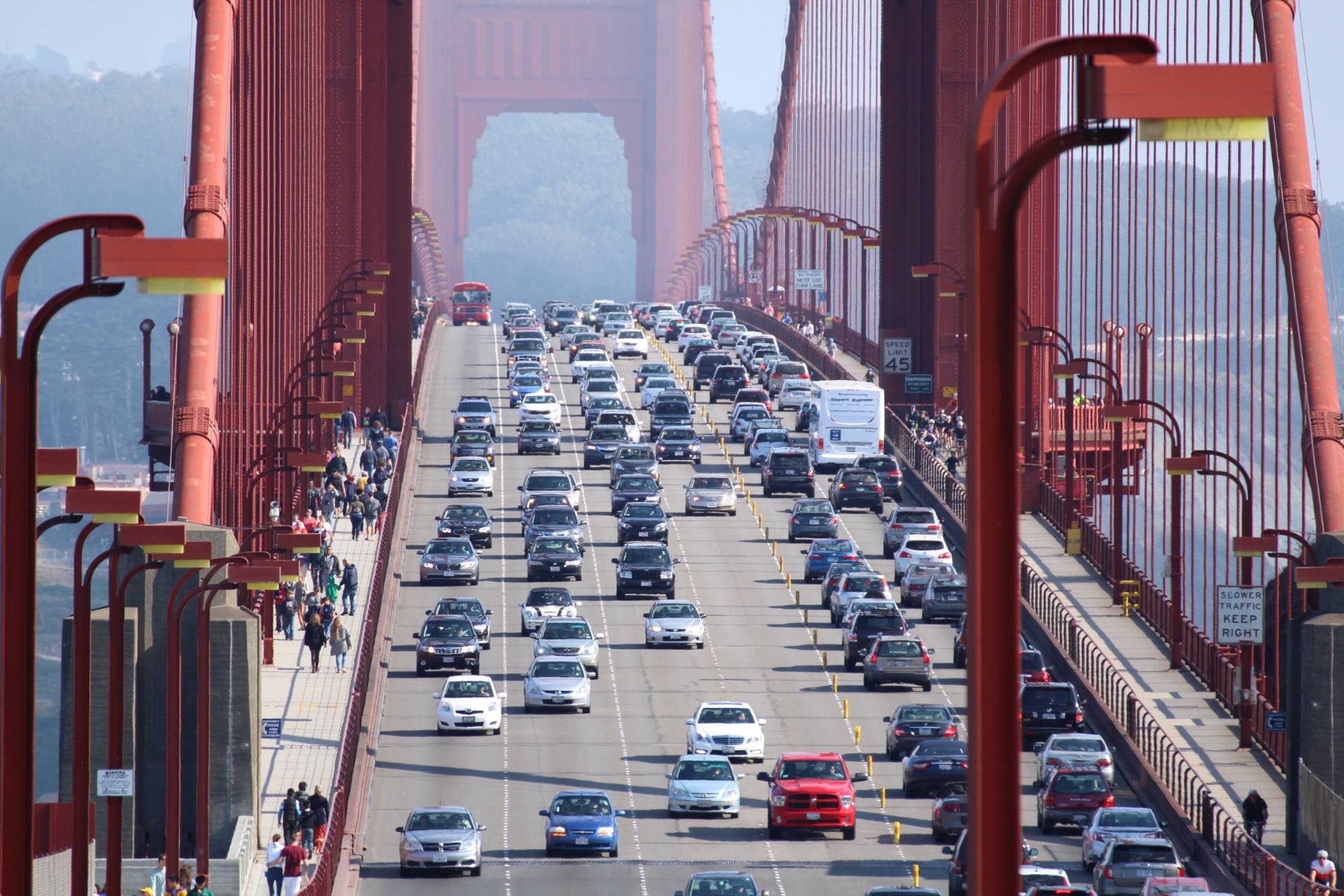 I live in the greater San Francisco Bay Area, where we have 27 transit agencies and yet the 8th worst traffic in the US. What gives? As a marketer, I can find lots of things to criticize, but I think the main problem is the lack of glue. There’s nothing binding the disparate agencies together into a coherent system. But a new regional proposal that includes bus rapid transit might change that.

The proposed Regional Express Transit Network–ReX for short–aims to use bus rapid transit to knit the Bay Area’s various transit providers together into a coherent system.

When I first saw the ReX proposal, I latched on to its systems thinking. Fundamentally, it recognizes the importance of interdependence. At present, our 27 transit systems are not interdependent on each other. Rather, they all depend on private cars to get riders from their homes to the transit corridors.

Instead, ReX proposes shuttles, links, and loops to move people from their neighborhoods to the main transit lines. I saw, and happily used, such a system while visiting Dubai a few years ago. I loved easily moving around a new city without needing a rental car, taxi, or Uber.

As an expression of interdependence, ReX aligns several of their major hubs with stations for BART, SMART, and Cal Train rail systems plus the San Francisco, Oakland, and San Jose airports.

The ReX proposal optimizes current systems “by repurposing some freeway and roadway infrastructure, and by interconnecting with transit networks, helping maximize the utility of the region’s existing infrastructure and reducing the need for supremely expensive road widening projects.”

Also, the ReX proposal recognizes that a system’s structure generates it behavior, which is another key tenet of systems thinking. The region’s current system of transit and housing generates a couple of infuriating Bay Area behaviors. One is paying premium costs for housing located near mass transit or work, or paying a time premium in commuting more than two hours a day between work and affordable housing. Another is continued reliance on private cars because the mass transit system simply doesn’t reach many places effectively.

Designing With, Not For

The full ReX report explains how the system design came from ideas submitted by community members.

According to MTC, “the Horizon initiative is the first comprehensive Bay Area planning effort to look not just at transportation and housing but also economic development, resilience and the effects of emerging technologies.” The Horizon Request for Transformative Projects drew more than 500 project submissions from across the region.

ReX gets kudos for following the key design principle of designing with, and not for, the intended audience.

Because it relies on existing infrastructure, ReX can start quickly and build incrementally. ReX estimates the system could be complete in 10-15 years. The proposal isn’t limited to bus rapid transit; light rail on some corridors is also a possibility. But, buses can start rolling quickly.

ReX doesn’t have a price tag yet–it’s a proposal, not a finished plan. But it stands in contrast with another group proposing a  $100 billion transit package to build even more new infrastructure, including yet more San Francisco Bay crossings by bridge and underwater tube. That proposal would need 40 years to complete all the work. (Seattle and Los Angeles passed such mega-measures in 2016. )

(Featured image courtesy of Pexels, one of several sources for free photos)