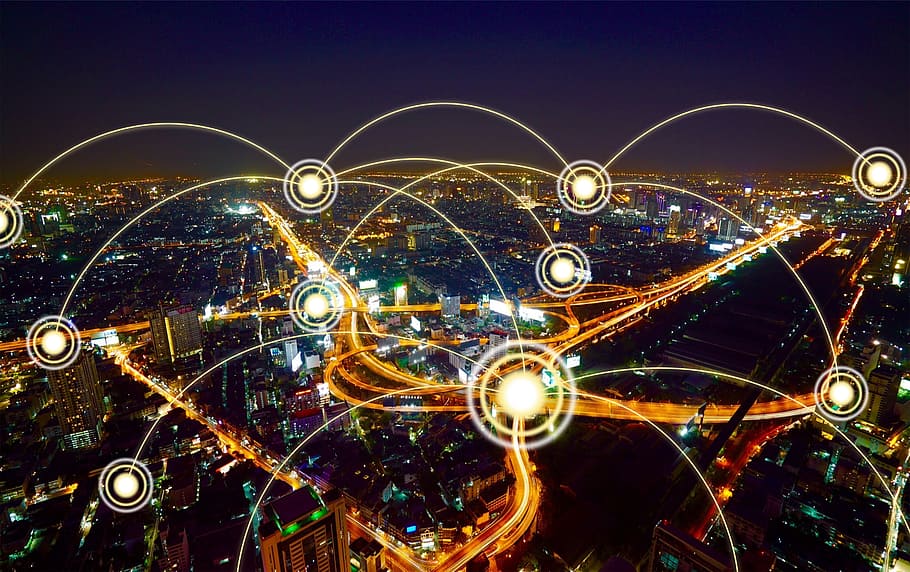 Worldwide, we now have so many devices connected to the internet that we nearly ran out of internet addresses for all of them. A good number of those devices help run essential services such as airports, roadways, ports, financial networks, hospitals, universities and defense. When a product or service, like public digital infrastructure, moves from a private luxury to a public necessity, it’s time to treat it as a social good.

I can list many examples of digital public infrastructure, but here’s one you might not have seen before: LinkNYC. The city of New York has placed more than 1,700 WiFi kiosks throughout multiple boroughs.  Each kiosk provides free WiFi internet access plus information about local sites and events. The system is owned by the city and funded by advertising.

There are millions of people in New York City who don’t have access to high-speed internet. LinkNYC helps fill this gap by making the fastest available Wi-Fi accessible for free on streets across the City…[it] generates its own revenue through advertising, sponsorships and partnerships, ensuring that it comes at no cost to users or taxpayers and is well maintained. LinkNYC also generates millions of dollars in revenue for the City of New York.

Increasingly, in their private and civic lives, people expect all digital capability to be utility grade, meaning 100 percent reliable, safe, affordable, and accessible. LinkNYC is just one example in that direction.

We’ve Been Through This Before, With Radio

We’ve been through a technology transition from private technology to social good before–with the radio frequency, or RF, spectrum.

When radio first came around, it was a tech toy, a plaything for the first wireless geeks such as Hertz and Tesla. Marconi in 1894 built the first commercial wireless telegraphy, or radio, system. He quickly figured out radio had military and civic uses.

Countries quickly figured out that RF was common pooled resource–there’s only one spectrum–with multiple uses in first response, civil defense, education, and commerce. Without coordination, multiple broadcasts could happen on the same frequency, garbling transmissions. We had to develop a way to manage RF as a social good.

Today, we have a well-organized shared use of RF. The International Telecommunications Union coordinates the allocation of frequency bands. There are rules. And there are rules governing how rules get changed and by whom.

The US relatively recently went through a shake-up in how we use RF. In 2009, over-the-air TV signals switched frequencies and became all digital. This was done in part so that various first responders could share frequencies. Sharing allows different agencies–police, fire, civil defense–to communicate and coordinate in times of large-scale emergencies.

If only our shared digital life enjoyed the same order as the RF world. Part of our digital problems stem from having the new commons, the internet, without the necessary rules, and the rules about who gets to establish and change the rules.

For example, take the issue of online privacy. California has recently enacted its own privacy laws. The US Congress has grilled Facebook about privacy. And, the EU passed the General Data Protection Rule (GDPR). Right there you have three different levels of government–state, national, and multinational–all trying to solve the same problem related to the same common resource.

Because the internet is global and nearly borderless, solving this problem will be hard.

Now, multiply that one example by all the other issues arising on the internet: fraud and other crime, terrorism, taxation, intellectual property rights.

While digital capabilities have become necessities to keep modern communities functioning, many people and communities remain shut out from digital infrastructure.

According to the Pew Center, rural Americans trail their urban and suburban counterparts by 10 percentage points or more in access to computing devices (desktop, smartphone, tablet) and home broadband.

So, because digital has become and will continue to be necessary for public services, public digital infrastructure needs to join the list of social goods. What are the marketing ramifications of this?

Universal distribution and access is one difference between private and social goods (think FedEx versus the Post Office). How do we make digital access universal? Separating the buyer and user, which is common in social goods, removes the barrier of cost for people. LinkNYC is an example of this. But there’s also the issue of actual, physical delivery, especially in rural areas. In the 20th century, the US federal subsidized rural electrification to increase distribution. Today, member-owned electricity cooperatives deliver much of the power in rural areas. A similar model could be adopted for digital services. In fact, digital signals can run over power lines, increasing access without requiring new infrastructure. Satellite internet technology is another option.

Like distribution, pricing–how to pay for things–is a key marketing concern. Separating the buyer and the user, as mentioned with the LinkNYC example, is one way to help pay for public digital infrastructure. Taxation could be another route. Since the internet is referred to as the “information superhighway,” a taxation model like car licensing or fuel taxes could be an option. You could pay a connectivity tax when you purchase any connected device, with funds going to pay for universal access to the internet.

With universal access comes consideration for universal design. How do you ensure that people with physical or cognitive limitations have equitable access to digital public infrastructure? There are accessibility guidelines for websites, for instance. But not everyone follows these guidelines (I’m guilty), and the web is just one application running on the internet. What about accessibility for email and FTP and Voice over IP and the other applications that run on the internet?

Marketing has a large role to play in delivering digital infrastructure for all. It may still be Day One on the internet, as Amazon leader Jeff Bezos likes to say, which means now is a good time to get universal access right.