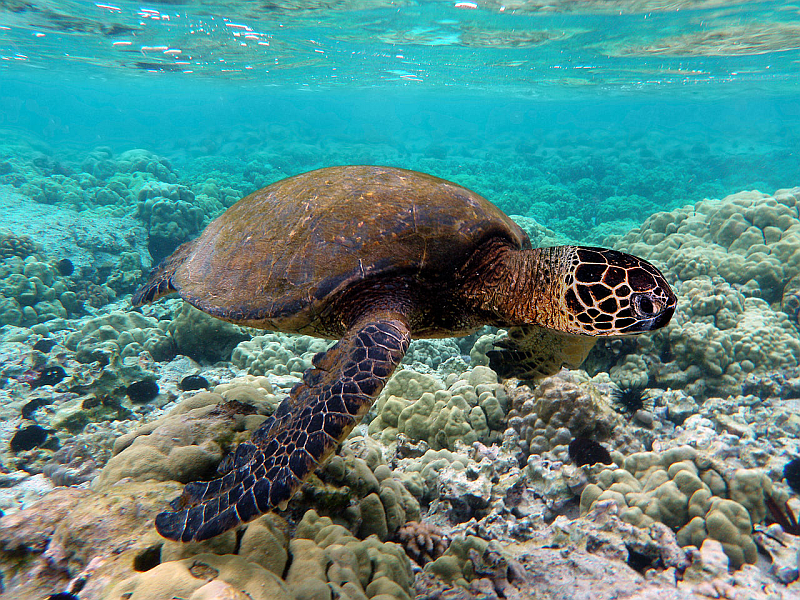 Doing something good once can be easy, spontaneous, energizing. But doing good repeatedly, at scale, is crucial to creating meaningful impact. And when it comes to problems with scale, it’s hard to top protecting our oceans. After all, they cover 70 percent of our planet. Creating enough marine protected areas to make a difference for oceans is a supreme challenge of scale. The Nature Conservancy thinks they’ve found a way.

Our Oceans Have Large-Scale Problems

You’ve had your head buried in the sand if you don’t know our oceans face huge problems. I’ve previously written about a few:

Add to this list rising sea temperatures, ocean acidification, over-fishing, and destruction of habits. We haven’t even explored all the oceans or discovered all its forms of life. Yet we’re doing a great job of creating problems that are much bigger than our solutions.

I’ve previously written about how one small nation and one nonprofit developed a plan to address multiple threats to oceans simultaneously. Starting in 2016, The Nature Conservancy worked with the small island nation of the Republic of Seychelles on refinancing debt to fund conservation.

The Nature Conservancy is calling this program Blue Bonds. In one sense, the idea is simple. It’s much like refinancing your mortgage and then reinvesting the savings in home improvements.

The Nature Conservancy helped Seychelles negotiate more favorable interest rates and terms on its national debt. In exchange, the country pledged to put the savings towards placing 30 percent of their territorial waters in a marine protect area.

Debt payments decrease and ocean protection increases, benefiting the national economy, fishing, and tourism. It’s a great solution for all involved. But, can it be repeated?

After all, Seychelles may be protecting an area roughly the size of Germany. But Germany is just one medium-sized country on the 30 percent of the planet covered by land.

Other countries have noticed the success of the Seychelles ocean protection plan and want in. The Nature Conservancy has identified 20 additional countries around the world with a similar combination of high national debt and threatened ocean systems.

Moving to this scale is obviously challenging. The nonprofit needs to raise additional seed capital to finance the work. Plus, they need to identify, hire, train, and support local experts in each country to implement the plans. Compound the problem with differences in languages, cultures, governmental regulations, and climates, and you start to understand the problems of scale.

Pulling this off over the next five years could mean protecting additional marine areas equivalent to 10 times the size of Germany. Plus this challenge, and opportunity, isn’t limited to 20 countries. There are another roughly 80 countries worldwide that could benefit from this innovative financing of marine conservation.

We need to protect more of our oceans, and fast, to avoid serious long-term economic, climatic, and even nutritional problems related to degradation of our oceans. Scaling up Blue Bonds could make a big difference, fast.

(Disclosure: I regularly donate money to the Nature Conservancy.)