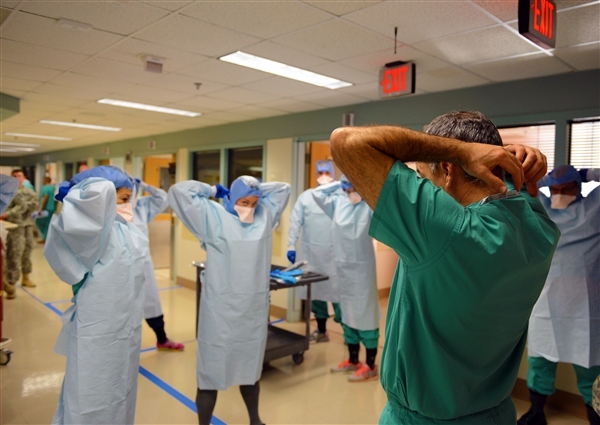 This blog is all about marketing social goods, including public health. The United States, and the rest of the world, are in the middle of a public health crisis with the coronavirus pandemic. Although, as I write this, the pandemic will last at least several more weeks, there are some coronavirus marketing lessons we can learn.

In the absence of test data, anti-viral drugs, and vaccines, physical distancing and hand washing are the most powerful tools that we have to combat the pandemic. The primary way these effective measures are implemented is through promotion.

One example is a news conference by San Francisco Mayor London Breed, strongly asking residents to stay home as much as possible for three weeks. Mayor Breed didn’t impose a curfew. The city won’t (yet) be erecting traffic stops. Yes, non-essential businesses were asked to close. But the city didn’t revoke business licenses or impose fines.

Instead, the city of San Francisco and counties in the Bay Area took to public relations promotion. They worked across owned, earned, and paid communication channels to spread the word about social distancing and hand washing.

Around the world mayors, governors, and even heads of state are now in the promotion business, urging their fellow citizens to change their behavior.

As I write this, promotion to change behavior is the most effective tool that we have against pandemic. In the US this is because, in part, we don’t have testing data. Which brings us to the next lesson.

Design is a core discipline of marketing. One core principle of design is designing with, not for, your users. This is sometimes called client-centered design. If you create a product or service, do it with client  participation or at least their input.

This MSN story about problems with coronavirus testing in the US points out the pitfalls of the US Food and Drug Administration and Centers for Disease Control and Prevention not designing with their users.  In this scenario, their users are the labs around the country that will deploy the test.

The story explains that

It has been long-standing practice for CDC scientists in emergencies to develop the first diagnostic tests, in part because the CDC has access to samples of the virus before others…Later, private companies that win FDA authorization can scale up efforts to meet demand.

CDC moved too slowly to tap into the expertise of academia and private companies.

The result was that the CDC initially distributed 160,000 test kits that were faulty and gave inconclusive results.

Collaboration with users could have avoided or at least mitigated this problem. The article gives two examples of lack of collaborating with users during the design phase.

The days that the CDC and FDA spent competing with users instead of collaboration gave the virus more time to spread.

Based on his business experience, President Trump believes that he can scale an effort quickly. But distribution to and among his various hotel properties pales in comparison to delivering public health services to 330 million citizens during a pandemic. And even if he can, as he claimed, get qualified people quickly into government roles to help out, those people won’t have the logistics support they need on day one to carry out their jobs.

President Trump said that he’s a business man and doesn’t like keep people on the payroll if they aren’t needed. To a marketing mind, this begs the question: how to pay for defending against a pandemic?

As I write this, Congress is recently passed more than two trillion dollars worth of economic stimulus and enhanced government capabilities because of the pandemic. How much of that could have been avoided if we kept a robust pandemic response staffed and funded?

One way to think about paying for pandemic protection is as an insurance policy. Judging from the pandemic response, it feels like the administration cancelled our insurance premium payments in an effort to save money. When disaster hit, our policy was not longer in force. Penny wise and pound foolish.

(Image courtesy of the US Dept. of Defense)