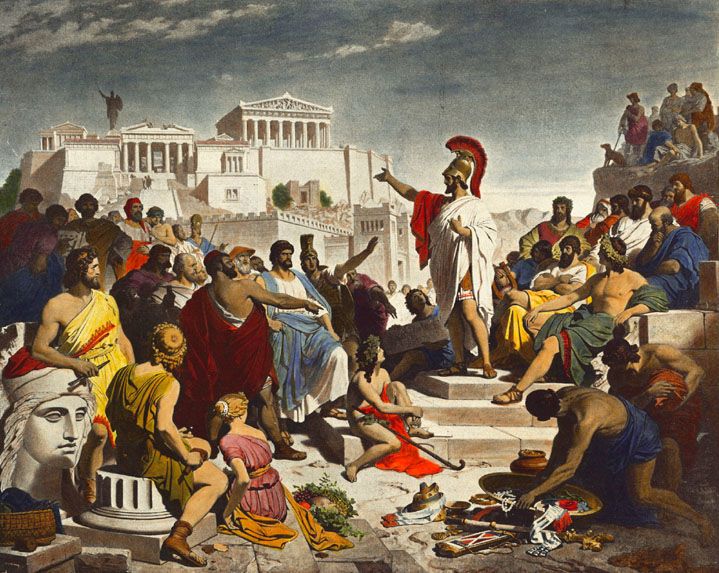 We say that people “throw their hat in the ring” when they run for election. But what if, instead of an election, we just selected a hat at random and its owner won the office? Election lottery is an old idea that’s becoming new again as a way to repair our civics.

The Problem With Elections

In the US, we’re currently in a very partisan time and approaching a major national election. As we’re learning with each voting cycle, there are problems with running organizational systems by elections.

All these factors tend to limit who participates in our democracy. Limited participation leads to oligarchy, which literally means “rule by a few.” That’s the opposite of democracy.

The Old Idea of Governing by Lottery

It is accepted as democratic when public offices are allocated by lot; and as oligarchic when they are filled by election.

I won’t go through all the history of this idea. This Wikipedia page has a good, short historical overview.

One way that this idea survives to today is jury duty. Potential jurors are selected at random from the community. Usually, populations used for juror duty include registered voters and driver’s license holders.

I can see at least three ways that election lotteries could help with cities today.

Election by lottery would be less coercive than jury duty. You would need to opt in to a lottery. Because of that, the current problem with voter turnout would become a challenge of lottery turnout. Many people today feel like their vote doesn’t matter. But, I think citizens would find lotteries more compelling than voting.

For one thing, a lottery is fair, and fairness is a primal need for us social animals. If selected, a citizen would have the chance to make a real impact in local government. For a number of lottery winners, serving in public office could provide useful experience that could further their careers after they leave office.

Some lotteries might have required qualifications for people to join and serve. For instance, a city that appoints their coroner by lottery might require lottery participants to have a certain level of medical knowledge or experience.

Lotteries give an equal chance at serving to everyone regardless of gender, race, connections, wealth, or ZIP code. Our government could look more like our community. Isn’t that what people are clamoring for?