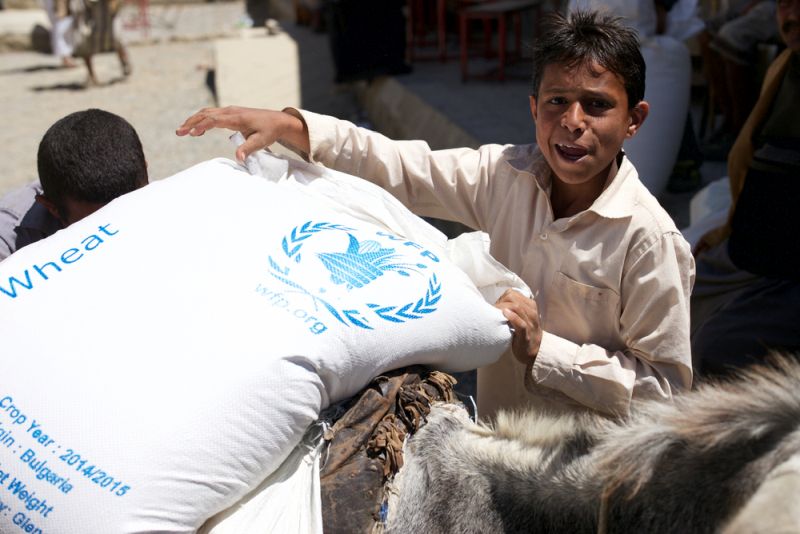 Distribution is important enough to the social good that the United Nations World Food Programme has won the 2020 Nobel Peace Prize. WFP provides food aid distribution and other services for 100 million people across 88 countries every day to combat world hunger. They often work inside war zones and epidemics and famines.

It’s like feeding the entire country of Egypt every day during simultaneous war, plague, and starvation.

WFP does more than feed the hungry.

A safe and consistent food supply also supports other social goods, like public health and education. According to the Programme’s website, WFP provides “school meals to 17.3 million children, improving both their nutrition and their access to a potentially life-changing education.” In the last 30 years, they’ve worked to build the capacity of national governments to be self-sustaining. To date, more than 40 countries have taken over the school meal programs.

“WFP connects smallholder farmers to markets in more than 40 countries. In 2019 we bought US$ 37.2 million worth of food from smallholders, who produce most of the world’s food…More than three quarters of the food we buy comes from developing countries, saving time and money on transport costs and helping sustain and grow local economies.”

In other posts, I’ve written about the power of direct cash assistance. By and large, people are not in poverty because they lack intelligence, character, or motivation. They lack cash. Giving cash, with no strings attached, is often the most effective way to move people towards health and self-sufficiency.

WFP is the largest cash provider in the humanitarian community. US$ 2.1bn of assistance was provided this way in 64 countries in 2019. Cash increases consumer choice and strengthens local markets…allowing them to buy food, reinforce their homes and take other steps to build resilience ahead of climate disasters like droughts, storms or floods.

In winning the Nobel Peace Prize for their work in food aid distribution, WFP will receive approximately $1 million in prize money and a lot of publicity. They still have a budget shortfall of billions of dollars. You can donate.

I once worked for a start-up software company that provided logistics support tools for WFP. The software combined real-time data and geo-spatial visualization to help WFP track people, shipments, and assets around the globe. I wish I could say or show more, but WFP never approved any case study or promotion of their innovative work and the company’s software.

The start-up’s core business focused on distribution of power and water, two prime social goods. That start-up had technology that was probably ahead of the market and a toxic CEO. Eventually, it was sold at a discount to a global tech company. Just another day in Silicon Valley.

But I still like to think of WFP using that software to keep their planes, trucks, shipments, and workers safe and on-schedule while distributing food aid to 100 million people every day.